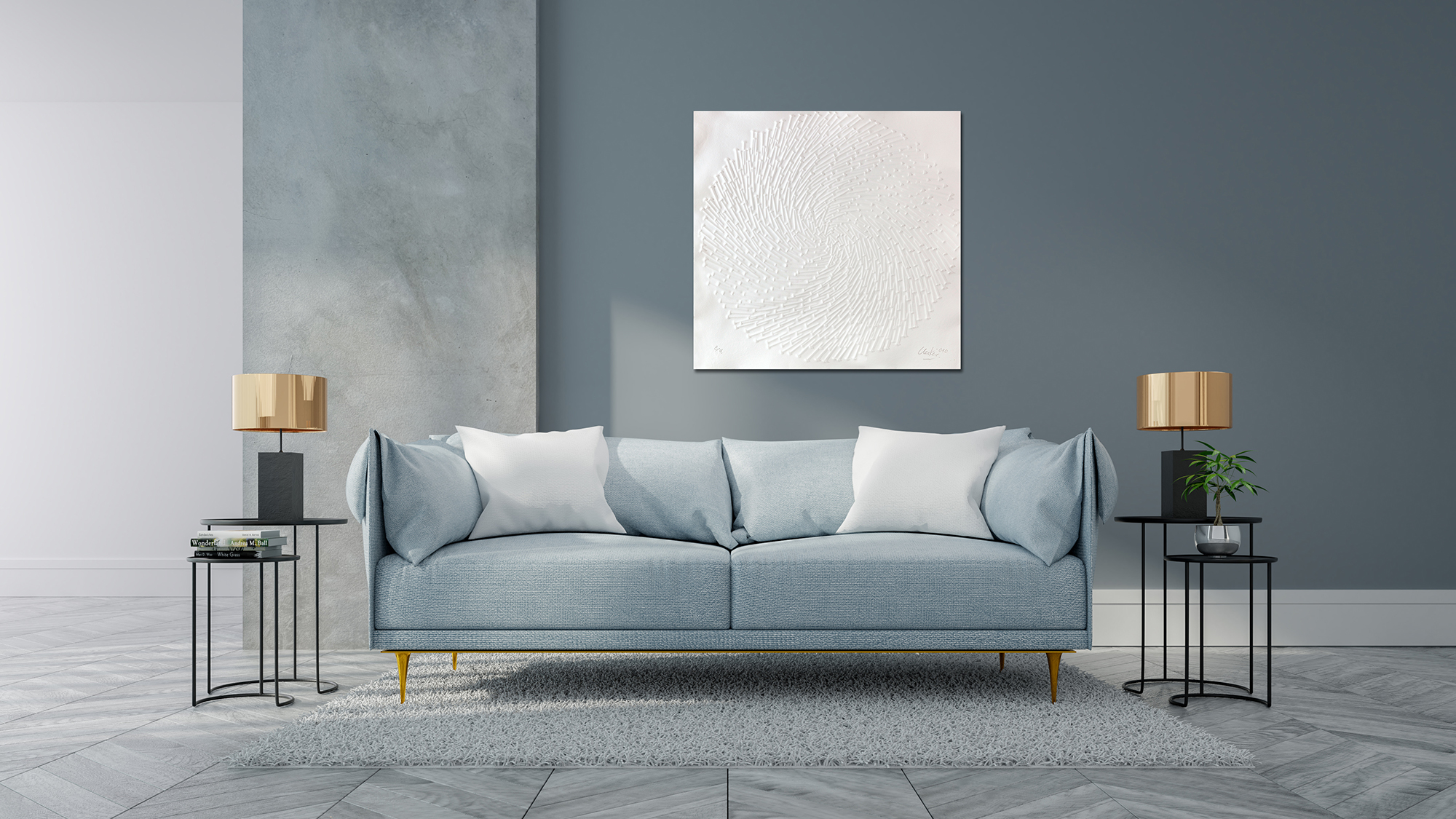 Günther Uecker, was born on March 13, 1930 in Wendorf / Pomerania and he is one of the most important German painters and object artists.

He was best known for his relief-like nail pictures and embossed prints. In 1961 Uecker became a member of the artist group ZERO founded by Heinz Mack and Otto Piene, whereupon he also turned to kinetic light art. In December 2008, Uecker was a co-founder of the Zero foundation.

In October 2015 he received the State Prize of the State of North Rhine-Westphalia.